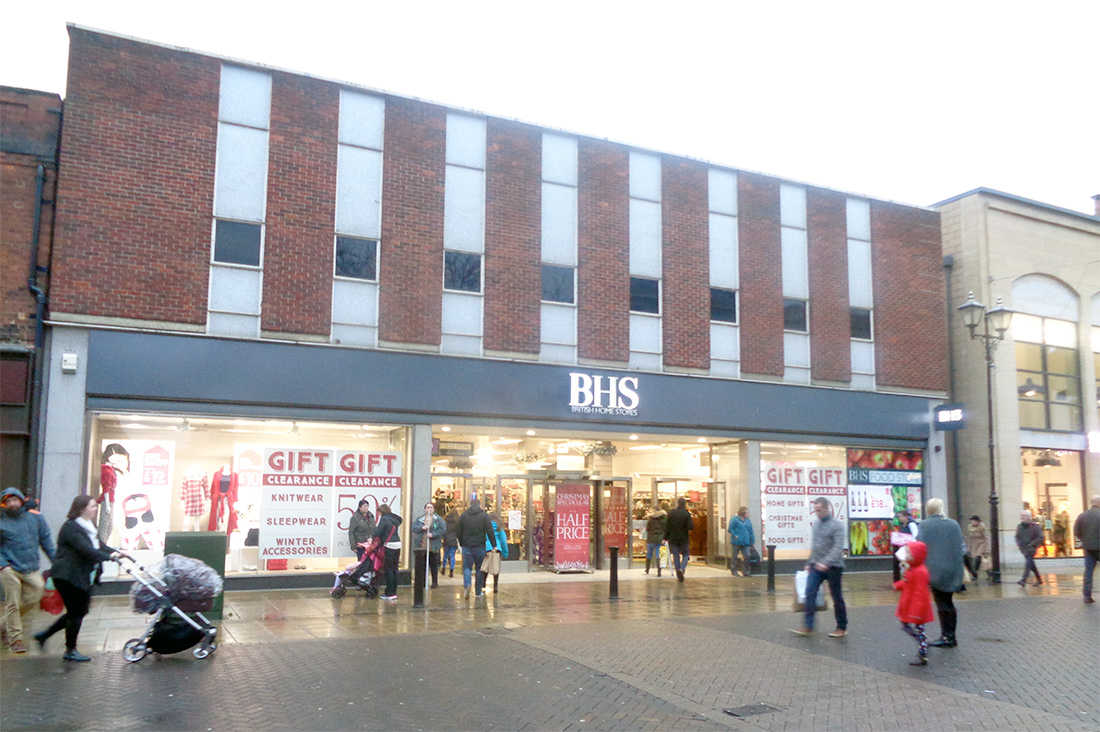 Landlords asked to reduce retail rents by up to 50% by high street giant – Impact upon the High Street?

The new owners of British Home Stores which bought the ailing company from Philip Green for £1 last year is asking the landlords of some 47 of its 164 stores to slash rentals by 50% or more.

The ailing high street retailing giant claims it also requires substantial rent reductions at a number of other stores to have any chance of surviving.

The company proposed the measures as a voluntary arrangement to avoid the business entering into administration. Creditors approved the Company Voluntary Arrangement (CVA) at a meeting held on the 23rd March 2016.

This is just the latest example of the impact that the substantially changing retail trend is having on retail property within the UK.

Here in the North West town centre retail rents are substantially lower than experienced pre the recession and whilst available evidence is limited new rental levels being agreed point to a shift in rental levels that will continue to see reducing headline rentals in the near future.

Parkinsons are currently carrying out lease advisory services on behalf of both retail landlords and indeed occupiers in towns throughout the North West including Ormskirk, Chorley, Penrith, Lancaster and Manchester city centre amongst other locations. Our lease advisory Director, Graham Bartlett, comments “there are hot spots within every town but equally changing trends in retail activity are having a greater impact on those locations away from the hot spots. It is therefore ever more important to review lease and rental positions at key trigger points during the term.”